Ferozepur, January 20, 2021:  The illicit liquor is flowing freely in Ferozepur district despite frequent raids by excise, police, narcotic cell in the villages along the Sutlej river, extracting illicit liquore. The recent recovery is of 23,000 ltrs lahan in village Ali Ke near Khwaja Pir in the enclaves of Sutlej River with total recovery of 1,46,400 ltrs during 2021.

Added here, a majority of the population settled along the banks of Sutlej River belongs to minority communities and most male members of the village are daily-wagers.  These people have not been getting any lucrative employment offers and hence taking up illicit liquor trade to make both ends meet.

As per the information, the police team was on routing checking on suspicious nature persons in the area of Ali Ke when a tip-off was received that accused named as Bhajan Singh, Dara, Kali and Tarsem Singh have put the extracted lahan, in huge quantity, on the north side of Sutlej River near Khwaja Pir, taking the advantage of reeds by digging the pots, in the plastic.

Working swiftly on the in-puts, a team headed by Baljit Singh raided the designated spot and found 23,000 ltrs lahan.

However, none of the accused could be arrested as they fled away from the scene on seeing the raided party.  The recovered lahan was destroyed to avoid its misuse.

Meanwhile, a case has been registered under Excise Act for proceeding further in the case. 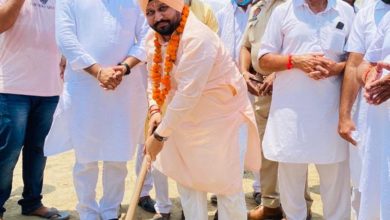