Jalalabad, January 30, 2017: Punjab Congress MP and party candidate from the prestigious Jalalabad Assembly constituency S Ravnit Bittu today cautioned the people that after the Akali Dal, it was the Aam Aadmi Party that was using the radicals to come to power in Punjab and as in the past, this could vitiate the atmosphere once again.

“The links of AAP chief Arvind Kejriwal  with the radicals have repeatedly been exposed. It is too well known a fact that AAP has solicited the support of the United Akali Dal that is the front organization of the radicals. It is the leaders from this party that had adopted the Khalistan resolution at Sarbat Khalsa. On the other hand, the Akali Dal is in league with the Damdami Taksal that was the nursery of terrorism in the state. It was the Congress Chief Minister Sardar Beant Singh who restored peace after more than a decade of bloodletting for which he had to sacrifice his life”, he said.

He alleged both Kejriwal and Deputy Chief Minister Sukhbir Singh Badal could go to any extent to grab power and means were not important for them. This proved by the recent history. He pointed out that both extreme left and extreme right elements were now either part of AAP or supporting this party to create anarchy in Punjab.

He asserted it was the Congress that was the only party that had always worked for peace and amity in this border state. He said earlier the Akali Dal played the politics of radicals and now this party was patronizing gangs leading to lawlessness in the state. In the change of roles, it was AAP that was being supported by the radicals of all varieties.

Ravneet maintained that it is the radicals settled abroad who were funding AAP as the same set of people were earlier funding terrorism in Punjab. He said Jalalabad would decide as to which direction Punjab has to take as any risk while casting vote might lead towards disaster. 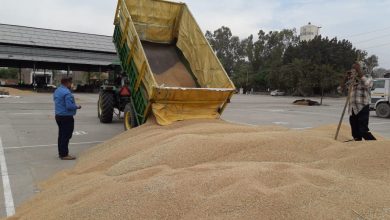