Ferozepur, March 17 : Punjab Wakf Board – a statutory body constituted by the Department of Home, Government of Punjab, under the Wakf Act 1995 – have issued notices to 350 persons occupants of Wakf Board land for re-allotment through open auction on the expiry of allotment period.
Almost all the allottees have constructed big houses, shops, offices etc. on the Wakf Board land and paying the rent as per the provisions of the Act. The Wakf Board has so far issued notices to 350 such allottees for auction under Section 56 of the Amended Act. In the notice, it is also indicated that the possession of land should be given to the Estate Officer, Wakf Board within a period of one month from the date of issue of notice, besides clearing of dues if any, so that a case is sent to Chandigarh.
Situation has become tense with the issuance of notices to the various persons in the city, as the Wakf Board landed property has been sold from hand to hand only on possessions basis without proper registration with the revenue department.
As per the provisions of the Act, the relevant Wakf Board property will be rented out only after proper open auction.
On the other hand, on contacting Mohamadd Nazir, Estate Officer, Ferozepur, he said, the notices to about 350 persons have been issued and almost equal number are likely be issued. He said, no person will be unnecessary harassed but the Amended Act will also be ensured and those who have received the notices should visit the Punjab Wakf Board office for the purpose.
He further said that people will not be allowed to keep illegal possession of Wakf Board land and action as per the provisions of the Amended Act will be initiated.
On contacting the local persons, they said, the people who have already constructed the houses on the Wakf Board land with heavy expenses should not be harassed and the allotment period should be extended without increase of any charges. They further said that even on certain plots, poor people have constructed their houses and the Act should be further amended to accommodate them. However, on the plots where big establishments are running can be considered for increase of the rent amount.
Facebook Twitter WhatsApp Share via Email Print 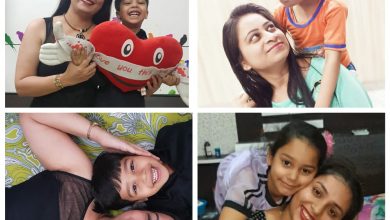 8 visually-impaired inmates of Home for the Blinds Ferozepur get job in Punjab Govt.