Ferozepur, January 14, 2021:  Panic gripped the area when a major fire engulfed an electronic store situated on Ferozepur-Faridkot road late last night. All the electronic house appliances stored in the godown of were gutted in the fire mishap.

Due to this fire incident, the roof of the store also collapsed and the fire tenders from local Ferozepur City, Cantt, Zira, Faridkot,  and of Defense from Kasubegu, rushed to the spot and launched a massive operation to douse the flames.

As per the reports, the estimated loss of electronic goods worth Rs.2 crore was gutted in the fire, including the building structure.  The exact cause of the fire can be ascertained only after a probe but initially, the fire incident is said to be due to a short circuit.

Satnam Singh, Fire Brigade incharge said, the four tenders were pressed in to control the fire. The blaze was effectively controlled by the firefighters to save from further spread to the adjoining buildings. The loss of goods stored in the godown is estimated to be around Rs.2 crore. 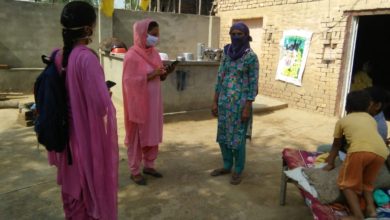