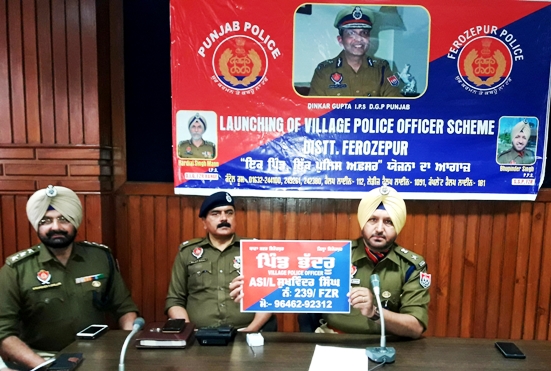 Ferozepur, March 17, 2020:  The Ferozepur Police today launched the ‘One Village, One Officer’ scheme in 699 villages and 127 wards by earmarking 803 police officers.

Divulging with more details to the media persons by holding a press conference, SSP Bhupinder Singh said, we have designated one police officer for each village and ward and ‘Information Book’ has been handed over to them, to keep updated data of the micro-level village allotted to each one.  They will keep close liaison with the villages and maintain harmony.  A flex depicting his name, designation and contact number will also be display at the prominent place in the village.  Such data will also be uploaded on the police website for the convenience of any person.

He said, one police officer in every 699 villages and 127 wards have been designated in the rank of ASI/HV/Constable.  The designated police officer would provide a ready Point of Contact (PPOC) for the people living in the villages of the district.

SSP said, the village police officer – VPO, will keep a close eye on each activity in the village and report to his senior officer for taking the required action if the issue is not sorted at his level.  In other words, he will be ‘Care Taker’ of the village.

The idea behind the launching of this scheme, adopted on the pattern of Kerala government – the brainchild of DGP Punjab Dinkar Gupta, is by focusing on three points – to maintain law and order, to make the district drug-free and to control any untoward incident on priority, he added.

He said, No laxity will be tolerated, in event of any illegal or unwanted activity, even by the police official and action under the law will be initiated.

Highlighting his achievement since his joining in the district on February 1, 2020, with special reference of actions under the NDPS Act, SSP said, as of now, 54 cases have been registered and 94 persons arrested along with recovery of 2.370 kg heroin, 1.110 gm opium, 85.500 kg poppy husk and 13145 habit-forming tablets.  In addition, 9 Proclaimed Offenders – POs have also been arrested.

Speaking on the Coronavirus, SSP said, the police force is standing with the district administration and health department, to fight with the pandemic virus, by creating awareness through various means and up in arms to deal with any challenge in providing security at the Isolation Centres.

He said, we have made a special team to combat the area in case any coronavirus is brought to our notice.  He also appealed to the people to cooperate with the police and don’t hesitate to inform in case even suspected case is noticed. 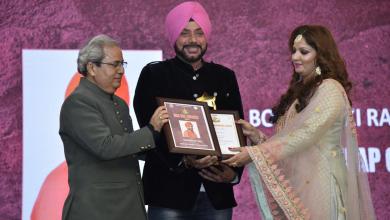 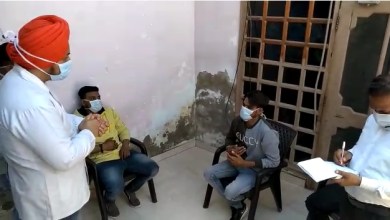 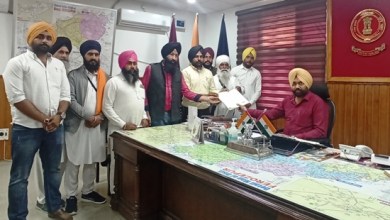 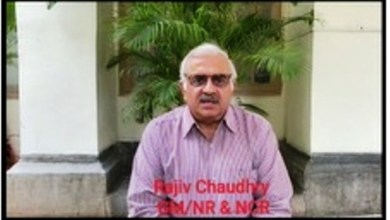