The newly formed Committee will organize a series of awareness seminars on Swine-Flu in collaboration with Health Department and Cantonment Board.

Dr.Sonia Choudhary and Mrs.Maninder Kaur, Mass Media Officer from Health Department educated the people on Swine-Flu – its symptoms and precautionary measures to be adopted.

Vijay G.Bhaskar, CEO Cantonment Board and General (Retd. Nandrajoy were the special guests.

Among others present were Sunil Kumar Shia MC. Tayal, MC, Satish Arora, SDE who graced the occasion when around 100 NGOs participated in this seminar.

Dr.Choudhary addressing the NGOs said, there are three positive cases of Swine-Flu in Civil Hospital under treatment but they are under control.

She said, in 2009 the first case of Swine Flu was noticed in Hyderabad.  The Swine-Flu virus comes from pigs and it is transmitted vastly from human to human.  The only point of worry is that the virus range is changing every year and our body is not having immunity to fight with this disease. We have divided the disease in three categories – A, B & C.  The blood sample of patient falling in C category with symptoms of normal patient in category A&B with fever cough etc. but having respiration problem, body becoming bluish, chest and abdominal pain.

She said, since the immunity of our body is weak, the virus attacks easily.

She said, the deaths in such cases are not due to swine flu but due to developing of other complications. However, the treatment for this is free of cost in the Civil Hospital after getting the blood tested from PGI.

She further said, the people should not become panicky and sample testing should be left to the doctor to judge the patient on the basis of symptoms.

As a  precautionary measures to avoid transmission of disease,  we should not shake hands, keep hanky while coughing and avoid visiting the crowded places, she added.

In reply to the query from the NGOs, she said, Ayurvedic herbs – ellachi, adrak –  will help to increase the immunity in our body but cannot cure the virus.  As precautionary measures, people should take hot water.

Maninder Kaur, MMO said, there is a need to create awareness among the people about the swine-flu and get free treatment from Civil Hospital. 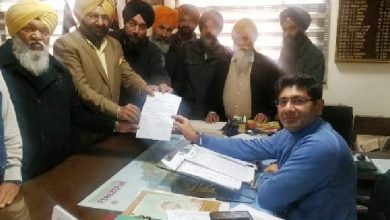 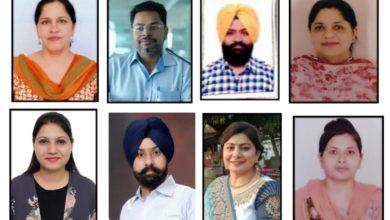